I lost my dear Dad on Saturday.  He was two weeks short of his 88th birthday and had been in poor health since breaking his hip several months ago.  He leaves Maureen, his second wife, and children: myself, Bill, Richard and Heidi and seven grandchildren. 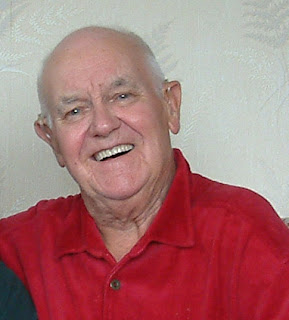 He had a very interesting life.  He was a submariner in the Royal Navy during the war and saw action in the North Atlantic, Russia, North Africa and the Mediterranean.  He is second from right in the photo below. 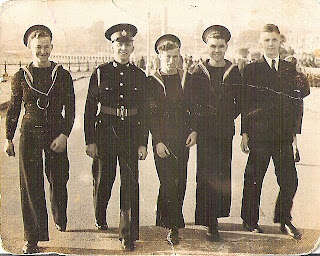 After the war, he couldn't find work in Britain, so went to Canada and joined the Royal Canadian Airforce.  He was posted back to England where he met my Mum.  As children, we lived in Canada, Germany and England at different times. 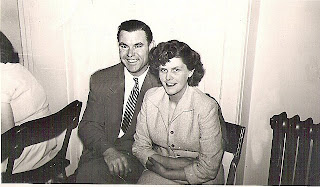 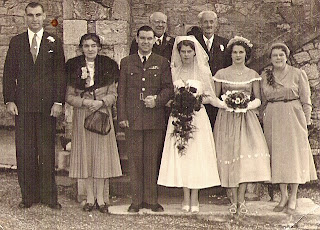 He retired in his 40s and returned to England.  He spent many years sailing the Mediterranean with Maureen on their boat.  In later years, he preferred to go on cruises, rather than sail himself.  He was very fond of gardening and good company.  He enjoyed his life to the full. 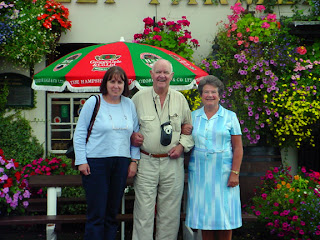 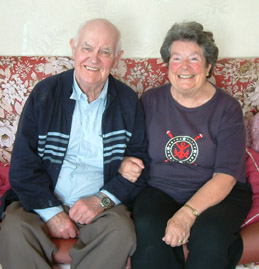 He was a larger than life character and his passing leaves a huge hole in my heart.   There will never be another like him.
Posted by Sue Jennings at 15:25 20 comments:

I am delighted that I have been accepted to take part in the Spring www.teddiesworldwide.com online show in March.  I shall be busy over the next two months designing and creating bears for what, I'm sure, will be a great show.  I love springtime and will be hoping to create some realistic and more traditional tea party teddies for the show. 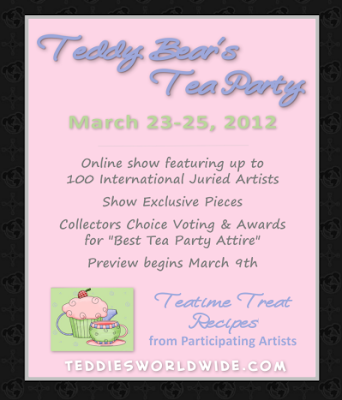 Last year I signed up to do a bear swap on the Teddy Talk forum.  This morning a box arrived by post, and inside was a lovely round floral box.  Inside that was a soft, pink blankie and this darling little puppy. 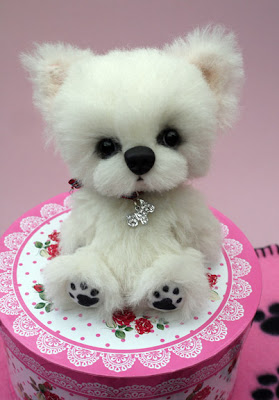 She is just adorable and I am thrilled to bits with her.  I have called her Jewel.  Also in the box was a lovely porcelain thimble with pictures of two polar cubs on it.  My swap parner was Ali, of Lovethosebears.  So, thanks a million, Ali.  They will be cherished.

This seems to be the right time of year for planning out my bear making for the next 12 months.  This year it is my intention to continue working towards a more realistic shape and incorporate more movement into my bears.  I am happy working with locline now, and encouraged by the range of movement this allows, but my patterns are still 'work in progress'.

I find myself torn between designing bears with more realistic features, or kinder, teddy faces.  Below is a photo of Icicle.  I have gone for the more realistic facial features with him. 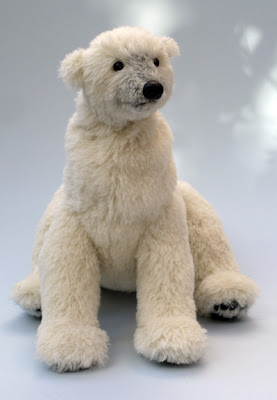 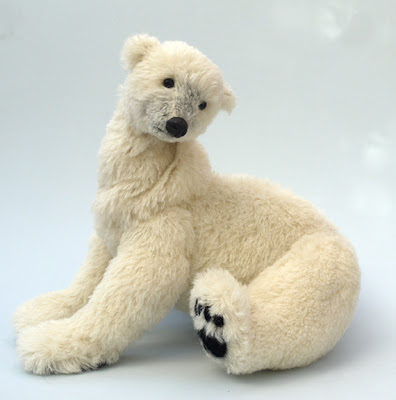 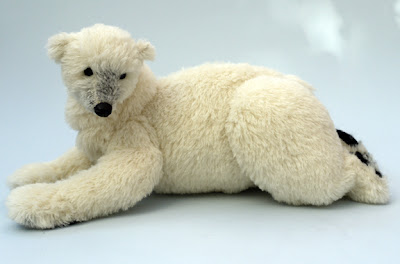 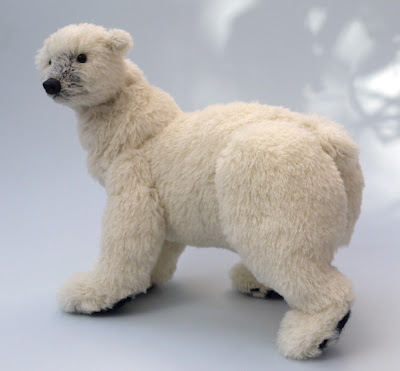 I also intend to continue developing my teddies this year, as well.  I just can't resist those 'please love me' teddy bear eyes! 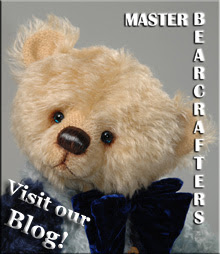